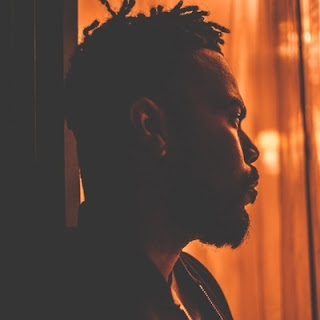 Jackie’s Boy Discusses “Revival”, Musical Influences, and the State of R&B
Born in Savannah, Georgia, singer songwriter Carlos Battey, known as Jackie’s Boy, first fell in love with music at the young age of ten. Early in his career Carlos Battey (Jackie’s Boy) embarked upon his musical journey by singing on the piers of River Street in his hometown of Savannah, Georgia. He went on from there to write several #1 records, received four Grammy nominations, sold over 18 million albums, and won a Grammy in 2011 for Madonna’s best remix recording “Revolver” featuring Lil Wayne.
Jackie’s Boy credits his Mother as being the source of his love and inspiration for music. He often sneaked into his Mom’s cassette tapes to listen to some of his biggest influences such as Michael Jackson, Prince and Fleetwood Mac. He feels these influences helped formulate his new sound of Progressive Soul, he defines as the sultry sounds of Rhythm and Blues with a contemporary energy.
Jackie’s Boy underwent a life changing surgery in December of 2016 to remove a tumor in his bottom right jaw known as Ameloblastoma. He credits his change of path to his solo singing career when he faced permanent paralysis of his mouth when undergoing this seven hour surgery. Jackie’s Boy who has now made a full recovery has focused his energy on his solo singing career to share with the world his love of music by releasing several singles that have topped the charts in Germany, Japan, U.S. and Canada. Jackie’s boy has now found a new lease on life and wishes to touch the hearts and minds of the masses through his story of survival and the celebration of Life.

As a Songwriter, Jackie’s Boy continues to explode on-the-scene collaborating on:

Ebonynsweet: When did you know you had a talent for singing and songwriting?
I was always writing songs since I was about 10 or 11, even before I knew what songwriting was, I just knew I was making up words and singing melodies I think the radio had a lot to do with that. I remember singing along to Boyz II Men, 112, and Michael Jackson mimicking their voices and seeing how my voice made people react.

What is your opinion about the the current state of R&B?
I think that there is quite a resurgence of amazing R&B talent like SZA, Daniel Ceaser and H.E.R. They breathed new life into R&B to where it can stand alone outside of the genre of R&B/HipHop and I hope I will be added to that list with my own music.

What do you hope to bring to your audience?
My goal is to bring amazing songs to life through my life experiences, also continue to make people fall in love with R&B music.

You worked with several artists in your career, explain your creative process.
Yes, my creative process when I work with other artists is a little different than when I write for myself. With other artist I really have to tap into their feelings and emotions, and understands what makes them tick. I get to know that through conversations, the more personal the better. I believe there is always a great song through personal experience. When I write for myself I really try to let the melody carry me in whatever way the track is flowing, and most importantly it has to be from a real place Next post ESPN The Body Issue 2018 is out! Featuring Karl Anthony Towns and more!

We had the chance to catch up with R&B Sensation Justin Garner for a special impromptu Valentine's Day💗 Q&A session....